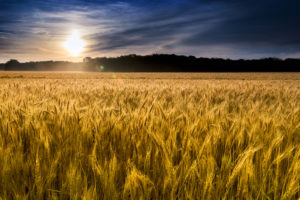 As a state representative, I’ll be a strong voice for farmers in our district. I grew up on a family farm in St. John, Kansas, and I’ve farmed for most of my life. I understand the challenges that farmers currently face. I believe one thing we can do to help farmers in our district is to promote alternative crops. Currently, industrial hemp is a crop that has a lot of potential to break out and get big in our state. Last year, the state legislature passed a bill that allows for industrial hemp farming. However, the bill contains a lot of red tape and unnecessary regulations, and it’s hard to see industrial hemp taking off in our state if those regulations aren’t rolled back. The most problematic part of the bill is a section which requires farmers’ hemp fields to be tested by the state to ensure that it contains less than .3% THC. If the testing shows that the THC level in a particular field is above .3%, the farmer is required by law to destroy his hemp field, losing thousands of dollars. Given the current state of the agricultural economy, why would any farmer want to take this risk? This provision as well as other provisions in the bill will need to be significantly changed before industrial hemp will actually take off in our state. As a state representative, I’ll push for reducing government regulation of industrial hemp.

In addition, I’ll oppose any attempts to cut back on the water rights that farmers in our district own. Recently, the Quivira National Wildlife Refuge issued an impairment complaint, arguing that water flowing into Quivira from the Rattlesnake Creek is impaired. The Kansas Department of Water Resources agreed with the complaint and made the impairment official. They are seeking mandatory reductions in the water rights of farmers who farm within so many miles of the Rattlesnake Creek. The current proposal is to enact large mandatory cuts in the water rights of fields near the Rattlesnake Creek. If this proposal were to take affect, it would be devastating for the farmers in our district and for our local economy. The leaders of Big Bend Water Management Number 5 argue that all of this would be unnecessary if Quivira would agree to accept water augmentation into the refuge. The Big Bend Water Management District has agreed to pay the entire cost of that process. However, Quivira refuses to compromise and is still seeking mandatory reductions in water rights. As a state representative, I’ll work with farmers in our district who are working on this issue, and I’ll ask them what I can do to help farmers preserve their water rights. As a state representative, I’ll fight for farmers against an overzealous, heavy handed state government.