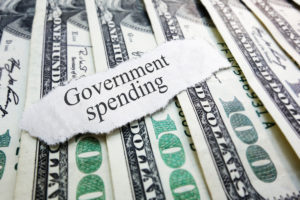 Since I’ve been in the state legislature, I’ve been a strong advocate of fiscal responsibility. I’ve voted against budgets that I believe are fiscally irresponsible, as well as other spending bills. Earlier this year, the Kansas legislature passed the worst bill that I’ve seen since I’ve been in the state legislature. This bill was House Sub for SB 347, known as the Attracting Powerful Economic Expansion Act. This bill would give economic incentives, including actual taxpayer subsidies, to companies that invest at least 1 billion in the state of Kansas. In reality, this bill was passed to try to recruit one company to come to Kansas.

Most legislators didn’t even know what company this would be when they voted on the bill. Those who were told what company it would be were required to sign a non disclosure agreement, where they couldn’t tell anyone which company might be coming to Kansas. Yet, this bill passed easily anyway, with many legislators voting for the bill without even knowing what company the bill would affect. I’m strongly opposed to all corporate welfare and would never vote to send taxpayer money to any corporation. I believe strongly in free markets, that every business should have to survive on their own. I believe that we should look through our state budget and eliminate all government programs that involve corporate welfare.