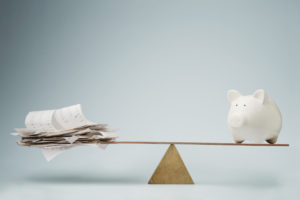 As a state representative, I’ve been a strong advocate for fiscal responsibility. I’ve voted against budgets that I believe spend too much money and are fiscally irresponsible. Every year that Governor Kelly has been Governor, we’ve spent even more money than what Governor Kelly has recommended we spend. I believe this is a big problem. As Republicans, we shouldn’t be spending even more money than what our liberal Democratic Governor wants to spend. As a representative, I look at issues from a principled perspective, rather than a partisan perspective. I’m not going to vote in favor of a budget simply because it’s a Republican budget. I’m always going to be consistent and principled, and I will continue to oppose Republican budgets that I believe are fiscally irresponsible. Even though we have a large surplus of money now, that may change quickly in the near future. I don’t believe that the Kansas legislature should significantly increase spending simply because we currently have a large surplus of money. We should instead look to pay off debt, put more money into a rainy day fund, and give part of the surplus back to the people of our state through tax relief.

In addition, last year I introduced HCR 5010, a Constitutional amendment to place a limit on state spending. This amendment would’ve limited spending increases to no more than the rate of inflation each year. Unfortunately, this amendment failed to pass. Ultimately, I believe that it’s necessary to put this kind of structural reform in place. Placing a limit on the amount that spending can be increased each year is a good way to promote fiscal responsibility in our state. In the future, I will continue to promote the idea of implementing structural reforms to control state spending and put our state on a solid financial footing.