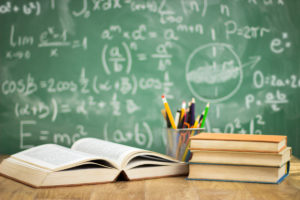 As someone who attended a public school growing up and worked as a substitute teacher at a public school for a year, I certainly recognize the value of public education. Education spending will always be a priority in our state.

However, just because education is important doesn’t mean that we can’t at least look for ways to get rid of waste within education and spend money more efficiently within education. One area of waste that I’ve identified within public education is administrative salaries. In recent years, administrators in our state have been receiving 9%, 10%, and sometimes even higher percentage increases, while teachers have only been receiving 2% or 3% pay increases. Administrative salaries in many areas of our state are well in excess of $100,000, and sometimes in excess of $200,000. In my opinion, this is an inefficient use of taxpayer dollars as well as unfair to teachers, who receive far smaller pay increases and make far less money than administrators.

In addition, I believe we could improve education in our state by creating more competition within our public school system. The current system is a system that’s heavily controlled by unions, in which little competition is allowed. A better system would be a system where pubic schools would be run in the same way that a business is run, with competition and innovation. For instance, I believe it would be better to have a merit-based pay system for teachers. Teachers who have a heavier work load and who have better outcomes with their students should receive a larger pay increase. This would increase competition within our schools, helping to enhance outcomes for students in our state.