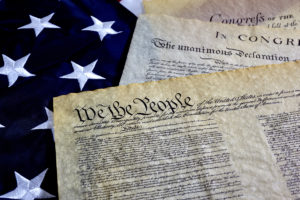 As a state representative, I’ve fought to defend the civil liberties of the people of our state. When Governor Kelly was shutting down businesses, shutting down churches, and issuing stay at home orders, I was speaking out against this abuse of power and assault on our civil liberties. I believe that Covid is serious, but I still believe that it’s essential to preserve the civil liberties and Constitutional rights of the people of our state. During my time in the Kansas legislature, I’ve voted in favor of legislation to defend our civil liberties. The most recent example of this is HB 2387, a bill which would prevent Governor Kelly and all other future Governors from shutting down churches. I strongly believe in upholding our 1st Amendment right to worship freely, and I was proud to vote in favor of this bill.

As a state representative, I also introduced HB 2133, a bill to ban no knock warrants in our state. This was a bill that had both Republican and Democratic cosponsors. No knock warrants are where the police will come into someone’s home without knocking and announcing their presence, often times in military style equipment. Unfortunately, these no knock raids have resulted in terrible unintended consequences all across the country. I support our state’s law enforcement and have voted for bills during my time in the legislature to support law enforcement in our state. However, the research shows that no knock warrants are also harmful to law enforcement officers. Many law enforcement officers have been killed or injured during no knock raids, when civilians have mistakenly believed that intruders entered their homes to harm them. Police officers knocking and announcing their presence is important to ensure that there’s no mistaken identity, to make sure that civilians aren’t shooting at police officers by mistake. I believe that ending no knock warrants will help both civilians and police officers in Kansas. This bill failed to pass, but I’m hopeful that things will change in the future, and that we will eventually end no knock warrants in Kansas.